It’s been a while since I started zipCF project in 2016. Many people used to visit the articles everyday which makes it obvious that the script became a little famous 😉 That’s amazing!

I’ve been looking at the comments and emails regarding the feedback and feature requests for the script. And version 2.0 contains some of the most wanted features. It includes:

The process of using the script is still same as before, you may have a look at the initial article here if needed. However, there are some new things like setting and using password protection feature. I thought that would be easier to describe with a video.

So, Here’s the video documentation for zipCF php script version 2.0

I think the video describes it all. However, if you still have any questions or comments, you can always leave a comment below. 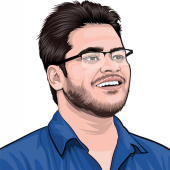 Web Developer, Co-Founder at ThemeNcode. Love to code, write, photography and many more.

Setting up and using WordPress Plugin Deploy Action on github